"The reason it's the car of the future, is because it's just like the car of today." - James May on Hydrogen

The Toyota Mirai is a Hydrogen Fuel Cell Electric Vehicle (FCEV) that produces its own electricity from hydrogen and oxygen. As the result, Mirai does not produce any carbon waste and the only type of tailpipe emission is 100% water.

Ask the Seller for a CARFAX Canada Report

What is a CARFAX Canada report?

What does CARFAX Canada tell you?

Why ask for a CARFAX Canada report?

By clicking “Send Email to Seller”, you agree to our terms of use and privacy policy. Your message will be emailed to the poster and not made public.

In Japanese, the word ‘Mirai’ means future, and when it comes to the 2022 Toyota Mirai, that couldn’t be more apt. While the Mirai effortlessly stands out as one of Toyota’s finest vehicles, complete with a full complement of exciting new and returning features, its emission-free design is what truly sets it apart from its many siblings in the Toyota family. Gone is the dependence on fossil fuels, replaced instead with the next step in automotive innovation. The 2022 Mirai looks, as its name might imply, to the future, with its only exhaust being harmless water. Add in the fact that it uses plentiful and affordable hydrogen as its primary source of fuel and costs less in maintenance and repairs, and now you have a vehicle that is saving the environment while at the very same time saving you money. The 2022 Toyota Mirai is an exciting leap forward for Toyota, and if you are in the market for a ride as forward-thinking as you are, then, for you, the future is right now.

The 2022 Mirai is filled with exciting innovations and advancements that might seem, at first glance, to be impossible. The Mirai is powered by a bold step forward for electric and hybrid vehicles - the Hydrogen Fuel Cell. This battery uses clean, efficient hydrogen as its fuel source, and it nearly silently gets a range of up to 647 km on a full tank. It also only takes about five minutes to fill its hydrogen tanks, so with a new 2022 Mirai under your feet, you are saving time, money, and the planet with a vehicle that stands toe to toe with its gas-powered cousins in both horsepower and range. With this innovative and groundbreaking technology at its back, the Mirai asks comparably very little of its driver and the world while still being one of the very best vehicles on the market.

On the outside, the 2022 Toyota Mirai is an absolute stunner. A broader base that’s lower to the ground and powered by a newly redesigned rear-wheel drive system gives the Mirai more presence and panache on the road. At the same time, the bi-beam headlights and LED rear tail lights are working overtime to turn heads and keep you in the know during low visibility driving. While certainly, the Mirai boasts a stylish and aerodynamic exterior design, complete with an available panoramic moonroof, inside, multi-colour ambient lighting, and heated and ventilated seats ensure that this isn’t just a car but an oasis you can retreat to whenever you want. Like so many things, the 2022 Toyota Mirai is best experienced in person. 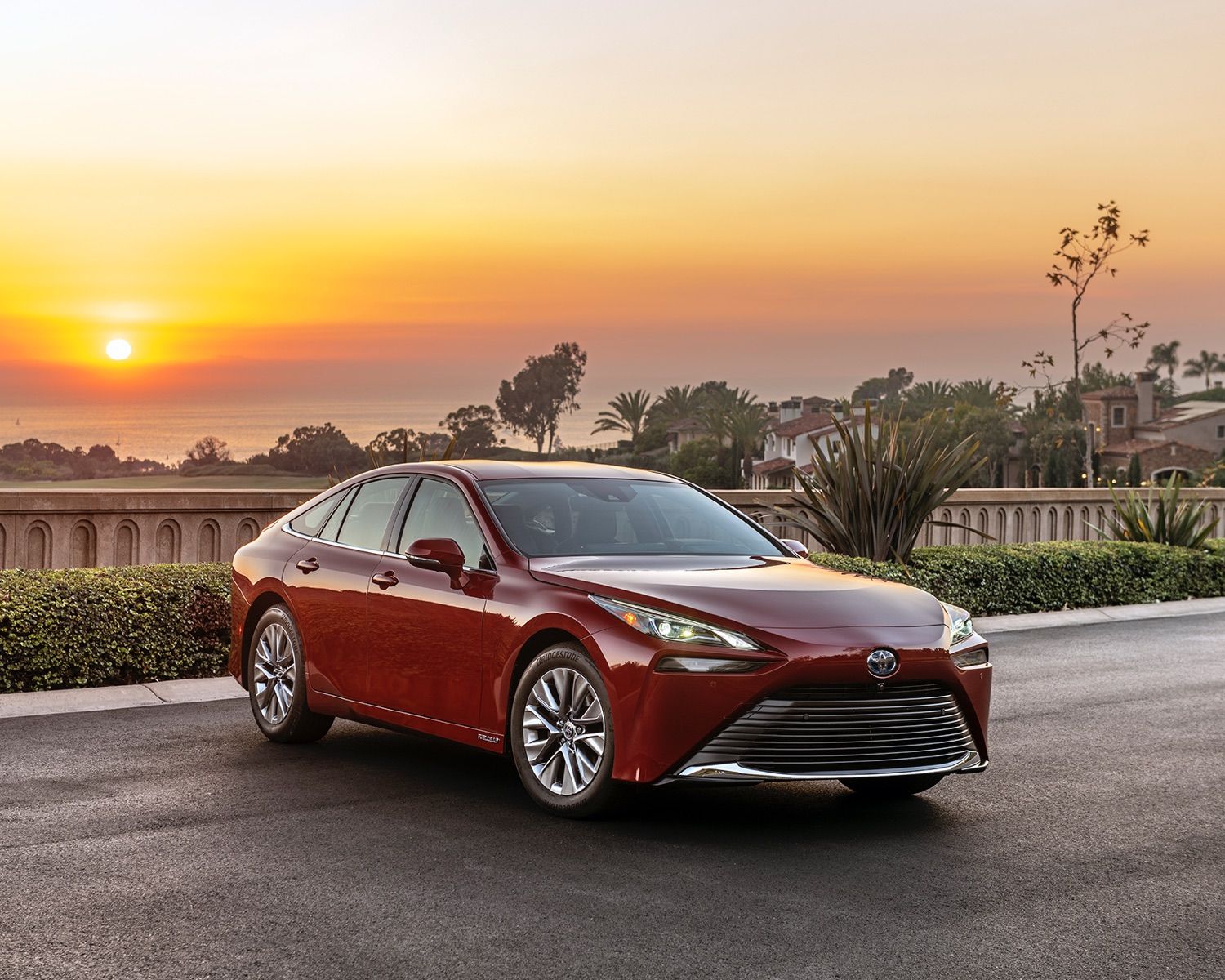 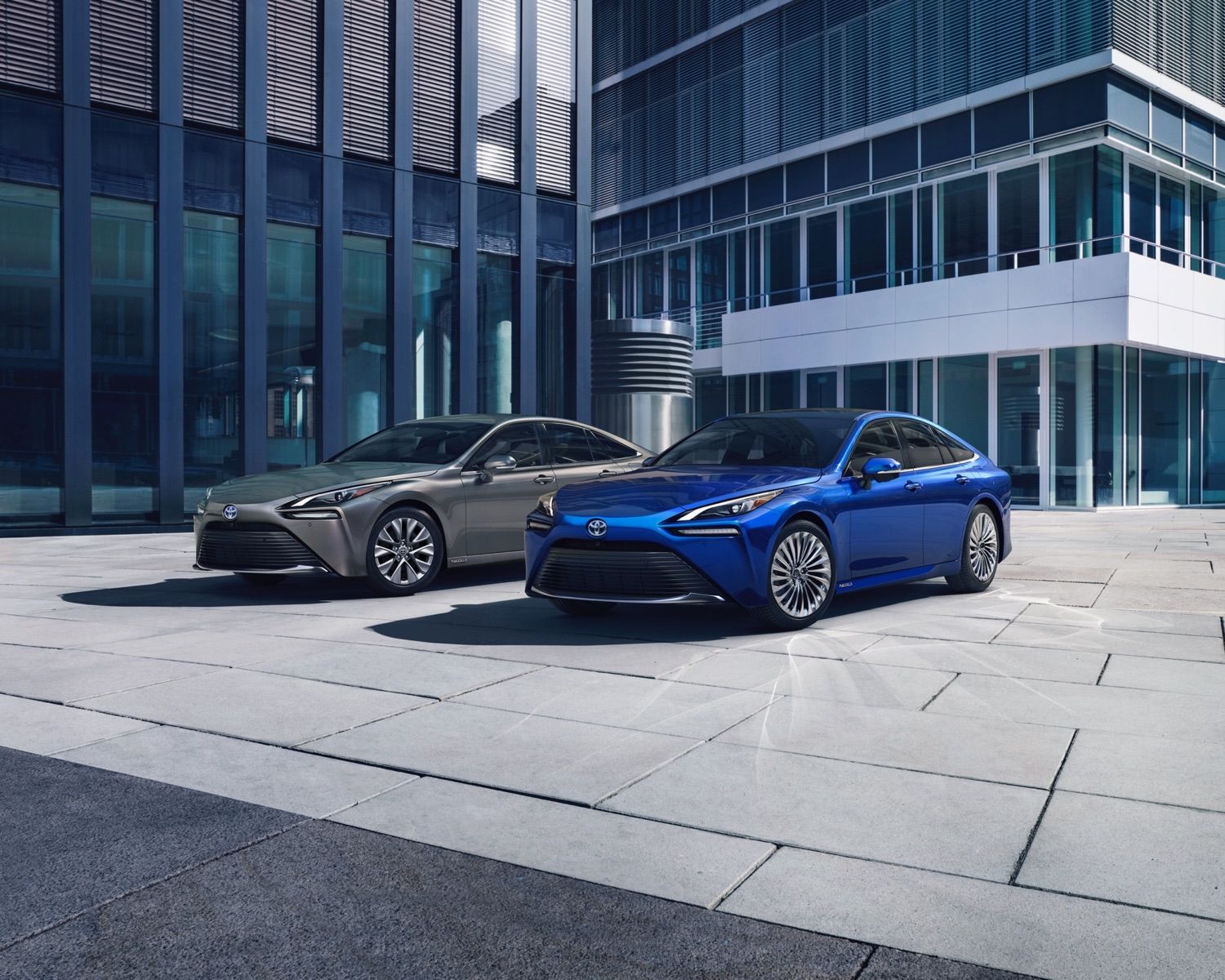 Inside the 2022 Mirai, all the technology you have come to know and love from the Toyota brand is front and center. There is so much to discover every time you sit down behind the wheel, from the 12.3” touchscreen display to the many features included in the Toyota Safety Sense 2.5 suite. There’s no shortage of exciting features to explore in your brand new Mirai. The 2022 Mirai also boasts many infotainment and connectivity features that work to keep you entertained and in the loop on the long roads ahead. Take, for example, Toyota Premium Audio and the accompanying 14 speaker JBL Audio System that put you in the front row of your favourite band during every Monday morning commute. Or, consider the innovative Toyota App, which allows you to control just about all the technology available in the new Miari from anywhere you might find yourself. From pre-setting the cabin temperature to creating your charge schedule, the Toyota App has you covered at the touch of a button, and that’s just where the Miari’s technology begins. 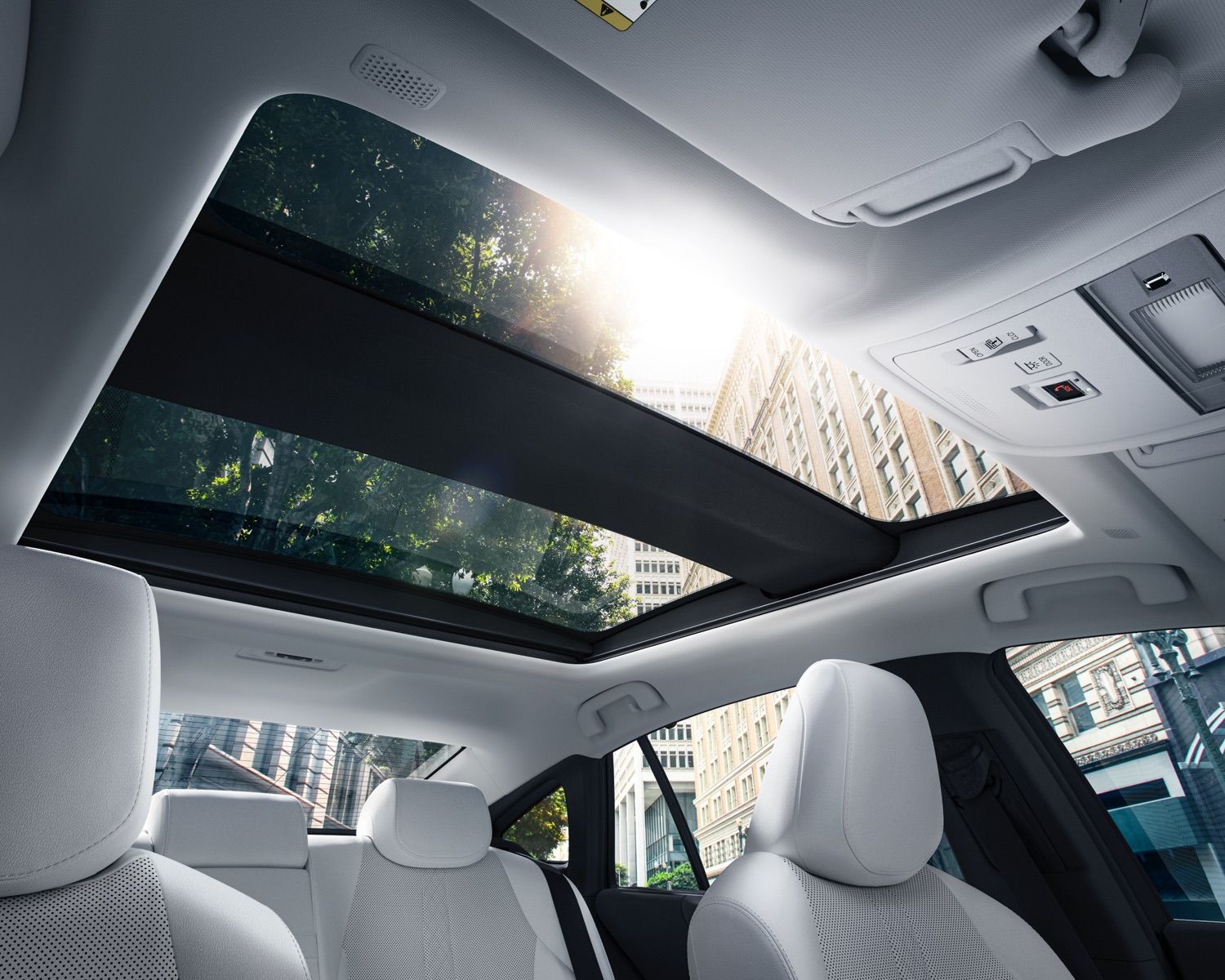 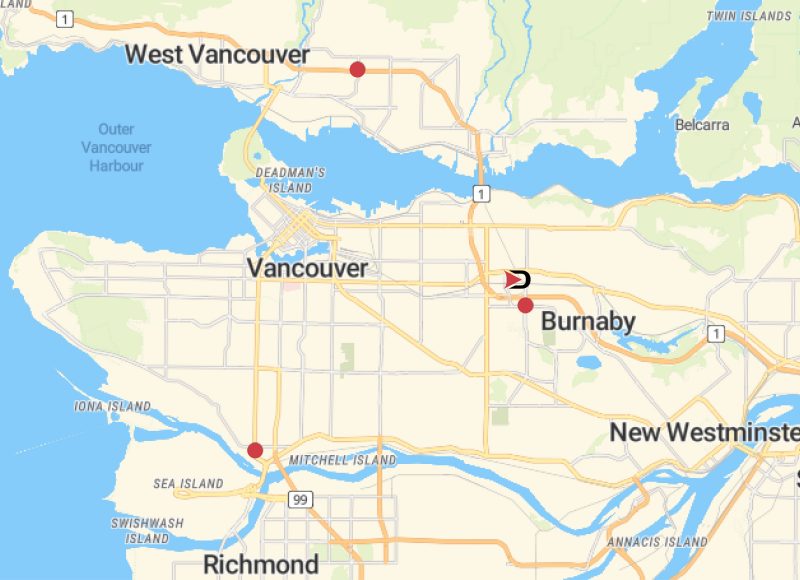 Fuel Cell Electic Vehicles are dangerous when involved in an accident.

Safety is Toyota's foremost priority. Hydrogen is stored in carbon-fiber, high-impact resistant tanks. The hydrogen fuel tanks absorb five times the crash energy of steel and sensors stop the flow of hydrogen in the event of a crash. In case of a leak, hydrogen will quickly dissipate as it is lighter than air and hydrogen-related parts are located outside the cabin to ensure no leaked hydrogen builds up.

Crash mitigation begins with crash prevention, and the equipped Toyota Safety Sense 2.5+ is a host of advanced safety features that aims to reduce the likelihood of crashes. It can even get you a 10% ICBC discount.

Both are electric vehicle technologies producing zero emissions but just have different approaches. However, Fuel Cell Electric Vehicles do bring some critical advantages. They have a greater range (up to 647km in the Mirai). They don't have long recharge times, with the Mirai only needing about 5 minutes to fill up.

There's no need to go in for an oil change in a Fuel Cell EV. Most maintenance for the Mirai is usually system inspections.

Complete the form to get more information.